My parents, both born in 1943, listened to country music when I was young. The late 1970's country music scene included singers such as Willie Nelson, Charley Pride, Tammy Wynette, Merle Haggard, Loretta Lynn, Barbara Mandrell and Conway Twitty to name just a few. Last year and into this year, when my wife and I travelled to Houston several times, there was a spot between Dallas and Houston in which we could only find a few radio stations that came in clear. It seemed that every one of them was classic country and featured songs from those mentioned above. Every time that I heard one of the hits from these artists, it transported me back in time to the 1970's with my parents. I could just see myself in the car or truck with one of my parents with the radio tuned to country music. I could visualize the clothing and cars of that time period of my life. My dad loved music by Patsy Cline. Every time I hear one of her songs, I think of dad.

Music is connected powerfully to memories. There is something that clicks in our brains that matches the music up with certain memories and that match seems to stay linked forever. Music is often used in therapy with dementia patients to help with recalling the past. Music is usually associated with different events in our lives. You may remember songs that were played at your wedding or other special events. I have a lot of memories that pop up when I listen to 80's music. I was in high school in the early 80's and music was a big part of my teenage life. When "Footloose" comes on, I think about my first date with my wife and our dating life in general. When any song from Def Leopard, AC/DC or Foreigner come on, I am instantly transported back in time and I'm cruising the streets of my old home town (Pop. 800 or so) and blasting the songs away in my 1973 Mustang before or after a Friday night football game.

One song "Islands in the Stream" by Dolly Parton and Kenny Rogers takes me back to study hall in high school. I had a crush on a cheerleader who was dating one of my best friends. We had study hall together and I flirted and teased her relentlessly. We had music playing during study hall and when "Islands in the Stream" came on I would tease her and say that it was our song. My tenacity paid off and we started dating the next summer and have now been married 33 years. When I hear that song, I'm back in that study hall flirting with that 15 year old cheerleader all over again! We laugh every time we hear it played.

Music was much different in the 80's. We played it on the radio or on cassette tapes. I kept a cassette tape holder in the back seat with some of my favorites. The tape holder looked like a briefcase. At the time, I joined Columbia House (I think that was the name) which allowed you to choose something like 10 tapes for free and you had to buy 1 or 2 a month after that. Car stereos were popular with my age group and I always wanted to upgrade my stereo to a more expensive and powerful model. I did eventually get a set of better speakers for the back window tray area of my car and bought a cheap equalizer that I screwed to the bottom of my dash. Nothing better than turning up the music and hitting the power on the equalizer and seeing all the green lights flashing. I'm not sure it helped a lot, but it did seem to get a little more volume and a little more treble. With the 80's music, I always like the treble set a little higher. I guess I was tired of all the old bass sounds in the old country music! 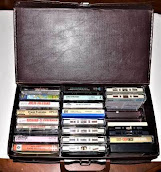 One of my best friends in high school drove his dad's green 1970's Ford truck. This truck had an eight track tape player in it. That was old school at the time as the latest and greatest was the cassette tape. He loved to hunt deer with his dad and one of his favorite, and maybe only tape, was a Hank Williams Jr. tape. I think the only song he played on that tape was "Country Boy Can Survive"! Whenever I hear that song, I am again transported to the 80's and I am riding in that green Ford with Steve. My dad also had an eight track player under his dash in his ford truck. His collection of tapes consisted of "simulated artist". These were tapes he got at discount stores that had current hits but were sung by someone that sounded a lot like the original artist. How funny is that? He saved a few dollars on his music collection! 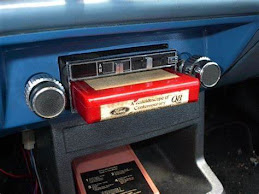 Another song that is strongly connected to a memory is "Bad Boys", the theme song to the TV show COPS. In the Fall of 1991 I was at a federal law enforcement academy in a three month training to become a federal agent. In our dorm we had a common area with couches and a large TV. A few of my classmate and I would meet down there and watch COPS in the evening and sang the "Bad Boys" song along with the intro. It was a great time and that memory will be forever linked to that song and show.
I'm sure you have similar memories that are attached to music even if it is from a different decade. Those in high school in the 70's probably have memories related to bands such as Aerosmith, .38 Special, Boston, REO Speedwagon and others. Those of you who are even older will have similar memories of music of your generation. Recently, I have been picking up record albums at thrift stores that include Big Band and Swing music and some Waltz music. I really enjoy this music and even though I don't have memories of that era, I can picture in my mind WWII soldiers and their dates dancing to that music in big ballrooms.

There are many more songs that bring up memories. I can't think of them all right now, but when that song is coming through the speakers, I will remember. Are there songs that take you back in time? Any particular one that really triggers a great memory? Any of you still have a cassette tape or eight track tape collection out there?

Keep the music flowing and the equalizer on and enjoy those memories or enjoy making brand new ones to new music!