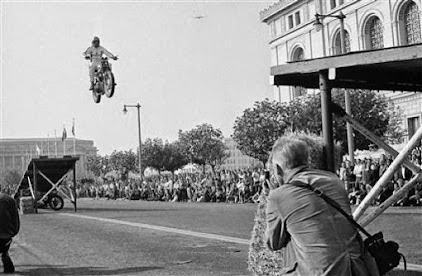 As a kid, I loved Evil Knievel. He was a world famous motorcycle daredevil who performed jumps from 1965 through 1980. I watched several of them on TV and remember him jumping cars and buses and always trying to break his previous records. He would make several trial runs up the jump ramp and stop at the end as he looked over the gap he was about to jump. My anticipation grew with every trial run just waiting for the actual jump to take place. His jump attempt over the Snake River in a rocket was awesome failed but what a try! He not only broke records, he broke bones. By 1975 he had broken 433 bones and made the Guinness World Book of Records. He went on to perform another 5 years after than. Talk about a risk taker! This guy risked his life many times over in pursuit of his career.

I tried my own Evil Knievel stunts as a kid. My dad had a pair of heavy metal ramps he used to load cars on a flatbed trailer. I set up one of the ramps as my jump and placed one end on a concrete block. The ramp was only a foot wide or so, so my takeoff had to be perfect. I started with one block which  put the end of the ramp about 10 inches. I placed the ramp on our hard packed dirt and gravel driveway.  Not the safest place to take a fall! There was a slight decline towards the ramp that allowed me to reach maximum speed. It was also summer and about 100 degrees with searing hot sun. The pressure was on to make this jump! I lined up my bicycle, complete with banana seat, uphill from the ramp. Unlike Evil, I couldn't make a trial run to the top and stop or I would topple off the side. I revved up my motorcycle and took off and hit the ramp at perfect speed, in the air, nailed the landing and hooray for the great daredevil Mitch! That was just the start. I added more concrete blocks and my finale was on a wobbly four block ramp aimed about 90 degrees toward the sky. I broke many records that summer and even convince my sisters to lay on the ground a few times so I could jump them.

Evil Knievel took major risks in his performances, but not without studying the risks, double checking his math, using safety equipment etc. As kids we all take crazy risks without thinking about safety or what could result. Fortunately, as we grow older we understand the risk/reward aspect of life and make better decisions. Unlike Evil, I only broke one bone in my childhood but suffered many bruises, scrapes and cuts.

In retirement we have to look at risks involving our money and investments. Do you put your retirement funds in an aggressive or non--aggressive fund? Do you withdraw 3% or 4%? Do you put all your next egg in the .75% certificate of deposits at the bank to be super safe? These risk are important as you need to make sure you have the funds to live for the rest of your life and the decisions are not always easy. Each risk assessment in this area just comes down to your comfort level and no one answer or portfolio mix is right for everyone of us. Retirement also involves risks taken with your health. To take the flu vaccine or not? See a doctor regularly or take your chances of not catching a health condition early? Each of us has to weigh these decisions and the bottom line is to gather as much information as you can and then do everything you can to protect yourself, family and finances so that you can enjoy a long healthy retirement.

Feel free to comment with stories about you own crazy risk stories. 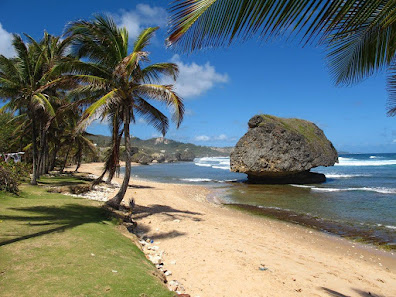 I was watching some "Dream Cruises" I had on my DVR over the past few months dreaming about my next cruise or vacation. The cruises varied in locations and included the Caribbean, Europe and Asia. One particular cruise caught my attention. It included several islands including Barbados. I've never been there, but have visited St. Thomas and Grand Turk which is down in that area As I was watching, the narrator made a comment that it was the only place outside of the U.S. that George Washington had been. If I remember correctly, it was a 7 week trip to get there by sea at the time. Today, it is a 4 hour flight. It made me ponder modern day travels and all we take for granted.

Here I sit in the middle of winter and a pandemic feeling sorry for myself because I can't go on a cruise at the moment. I take for granted that I can fly almost anywhere in the world and be there the same day I that I leave. We all take it for granted that we can jump in a car and be in a totally different location and maybe different climate in a day. I read a book recently about the California Gold Rush. During that time, people would cross the country to get to California and it would take them somewhere around 6 months to make it in a wagon while carrying everything they needed to live. And here I am pouting because I can't jump on a cruise ship! And if on that cruise ship, I have way more than I can eat and endless entertainment. Unbelievable when you really think about it.

Are you craving travel at the moment? What do you have planned or where are you dreaming about? My wife and I have numerous places we would love to hit this year after we get vaccinated for Covid. We would like to fly to Miami and drive down to the Florida Keys for a few days. We wanted to take a cruise that included Key West, but  have heard that they have banned ships of a certain size. We would like to attend the Albuquerque Balloon Festival in October this year or next. My wife really wants to go to the Biltmore and take a tour. If we get one or two of those in this year we will be happy.

And George, I feel bad that travel was difficult during your time, but I still can't wait for our next cruise! 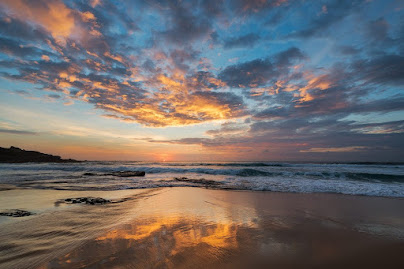 I retired in June 2019 at the age of 53 and have been reading various retirement blogs on a daily basis. My daughter suggested I jump in and try it myself, so here I go. I retired early from my federal law enforcement job and 33 years of federal service. My diligent savings and good federal pension allowed me to retire earlier than most. I hope to address the pathway to early retirement here in this blog, but mostly we will talk about the daily activities in retirement and hope to start many a conversation regarding retirement and retirement activities. I chose the title of the blog to be Retirement Coffee Shop with a goal of having a conversation with readers through the blog and comments, so we can all contribute and gain something that may improve our retirement or soon to be retirement. For comments on this blog, I would love to hear of any topics you would like to see discussed. Maybe you read blogs like me and have a few ideas or topics that you haven't seen but wished were discussed.

As I write this today of course, we are still in the middle of the pandemic and the middle of winter. Here in Oklahoma we are forecast for a record snowfall early next week in the 10-15 inch range. That is a lot of snow! The dreary winter and the pandemic are depressing to most of us right now, but sunny days are ahead. I'm already dreaming of future travel and activities. One of my New Year's goals this year was try 101 new things. I will share some of those new things within this blog and take suggestions from you on new things to try. So far I've done 8 new things including dining, recipes and activities. I covered two last week on a guy's night out with my son and son-in-law. I had Thai food for the first time and really enjoyed Chicken Pad Thai. We followed that up with axe throwing. We had the best time throwing axes, ninja stars and playing cards. It was a blast! It is fun just trying anything new things no matter if it is big or small. It may be a challenge to get 101 in.