Things We Hang On To 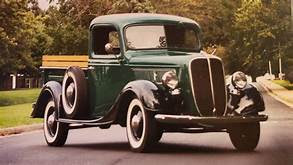 When my dad passed away in 1993 I inherited his tools among other things. My dad loved working on older cars and home improvement projects. He had a large assortment of wrenches, sockets and other tools. He had etched his initials into several of his wrenches and I dearly value those today. To be able to hold the same wrenches, which he used for years, is something special and brings back some great memories. When my mother passed away in 2020 I inherited an old china cabinet and numerous items that she owned at the time. The cabinet now sits in my living room and contains many of her things including old dishes, Lennox bird statues, three cast iron pig banks and a few other items. Every time I glance at that cabinet it reminds me of her.

Most of us hang on to something from our past that reminds us of people or places and those items hold a special place in our hearts and minds. Some things we have inherited and we hope to pass on to our children some day, some things that we feel obligated to hang on to for a variety of reasons, and some things that only have meaning to us alone.

I also have other items that were my dad's that include a pocket knife, smoking  pipe, old coins and other things. I have a few of mom's quilts that she made by hand. For years I also had a 1937 Ford truck that was my dad's. The truck was obtained when I was a young child and dad worked on it for years and years. He would get it running and tinker with it off and on. It was always in rough shape and never road worthy. I got the truck when he passed and thought for sure I would restore it. I had the engine rebuilt but never got it road worthy either. I hauled that truck on a trailer from Texas to my home in Oklahoma and then again to St. Louis with a job transfer. I finally decided it was time to let it go and sold it to my sister who planned to restore it. I had decided even if I had it fully restored, I wouldn't drive it much unless to a car show or in a parade. My sister eventually sold the truck and hopefully it got restored at some point and is making someone happy. Note: The truck above is a 1937, but not dad's truck.

I have great memories of dad working on that truck and one particular memory involved bumble bees. Dad was sitting in the 1937 truck and I was pulling him by chain with another truck so he could try to get it started. As I was pulling him down our gravel road he slams on his breaks and yells at me as he is bailing out of the truck. He was swatting at something swarming his head! As that old truck rumbled down the road a swarm of bumble bees had erupted from under the seat. He wasn't stung, but what a sight and what a memory!

I have since come to the conclusion that the memories of the truck and of my dad are more valuable than possessing the truck itself and have never regretted letting that old truck go. Sometimes we hang on to things that connect us to someone out of that longing to connect to them. I'm still hanging on to 9+ acres that mom gave me years ago that was part of my parents original 26 acre place. I'll probably never build on it and move back to it, yet I hang onto it. I hang on to it because it was a huge part of my childhood years. I hang on to it partly because I feel obligated to. I continue to pay property taxes on it every year and it doesn't cost me a lot to hang on to it so I will probably continue to keep it for awhile longer. It is something my children probably have not interest in, as they won't be moving there either.

Do you have some great things you are hanging on to? Have you loosened your grip on any items like the truck above? Are you hanging on the some things that you question yourself about?