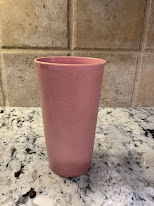 Every morning, I shampoo my hair in the bathroom sink, if not in the shower, and I use a Tupperware cup to rinse my hair. I have had this cup since shortly after I was married in 1988. It has lasted a long time and continues to get daily use. As I wrote in my last post of "Things We Hang On To", I inherited my dad's wrenches. The tools are in great shape and I use them often.  Some things last a long time. I have heard of cars being driven over a million miles. I have heard of appliances lasting 20 years or more. A couple of years ago I bought a Toyota Tacoma because I read that they run forever. I heard stories of these trucks easily doing 200K miles and more. I also bought a Subaru for the same reason. My mechanic owns and drives a Subaru, so that should be a clue on how good they are. In retirement, I feel that I need to buy things that will last a long time to cut down on maintenance and replacement expenses.

We have a set or two of Depression Glass dishes that we collected years ago. They have lasted quiet well with a few small nicks and chips. When I think of things that last a long time, I think of things like guns, pocket knives, coins, cast iron cookware and glass dishes. Hand tools last a long time if taken care of.  Some antique hand crafted furniture make it through the years. Anything that is constructed of solid metal, rock or glass should last if taken care of and if it doesn't involve a lot of moving parts that could break. Items that last, often become heirlooms. Some items continue to get used on a regular basis like my Tupperware cup and dad's tools.

When I go metal detecting and find a 100 year old coin, I'm amazed at how well it has survived the years. Coins are probably one of the few things that can last hundreds, if not thousands of years. Metal detecting enthusiasts in Europe find Roman coins and other coins all the time. Some are from the late BC and early AD time periods. One of my favorite metal detecting finds is a 1944 Walking Liberty half dollar. There are not too many things still around that were made in 1944.

I found the below info on the internet of a million mile car. There are a few out there! 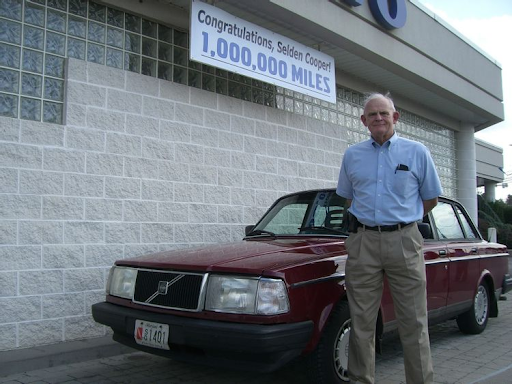 Known for its excellent build quality and pioneering safety features, Volvo has also earned itself a great reputation for making really durable cars. This reputation was again bolstered when a long time Volvo fan, Mr. Selden Cooper, who at that time had his second Volvo - a 1987 model 240, hit the million-mile marker in 2012.

Do you possess anything that is old and still in use? Any of you out there have a high mileage car that keeps on rolling down the highway? Do you have a washer or refrigerator that has lasted forever?