The Value of a Life 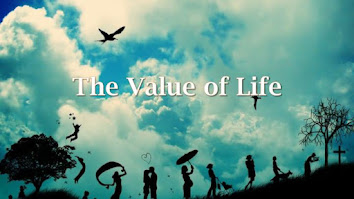 What is the value of a human life? FEMA estimated the value of a statistical life at $7.5 million in 2020. Various life insurance companies can put a value to your life based on your age, health and a variety of other factors to be able to issue a life insurance policy. Attorneys come up with values based on loss of income and length of remaining life when trying to come up with a figure for court ordered compensation. Lawsuits focus on the lost income and thus the value of life is not the same for everyone. It would be impossible to accurately estimate the life income of a 16 year old killed in an auto accident. Nobody would be able to know for certain if the person would have worked at a low wage job or would have built a Fortune 500 company. That 16 year old may have become a drug addict and died of an overdose in their 20's or they may have been the one who develops a cure for cancer or other major disease. There is no way to put a dollar figure on a single human life.

The value of life seems to be in the eye of the beholder. A criminal will often take an innocent life for a few dollars. An enemy soldier will take a life as just another day in the field without any regard to value. While writing this, I think of the innocent lives lost in Ukraine and that fact they all are just collateral damage in the war and may not get a second thought from most of the world. Their lives are valued at $0 by Russia and seem not to matter at all. Most of us would value our lives as being greater than most of the billions of others on this planet. A Google search for compensation of loss of a limb shows that you can get $390,000 for loss of an arm or leg and $300,000 for loss of a hand or foot in court cases. I don't know about you, but I would never trade a body part for any type of compensation, so the dollar figure is just something the attorneys have come up with. My limbs have an infinite value to me.

Another skewed value of life is with the abortion debate. Those for abortion give life no value at all unless you make it out of the womb. It is similar to the US policy on Cuban refugees. Make it to land and you are allowed to stay. A baby that makes it to daylight is safe, those that can't get there are subject to abortion. This post is not to debate abortion as most opinions will never be changed one way or the other. The costs of raising a child to 18 is estimated to be $245,000 by CNNMoney. So, for those choosing abortion, are they valuing that particular life at $245,000?

I last thought about the value of life a couple of weeks ago when a Houston Police Officer was killed in a grocery store parking lot when he approached three men stealing the catalytic converter from his vehicle. Those three men pulled guns and killed the officer for a stolen catalytic converter that they might have sold for $50 or more. This world is bonkers! In a Jack Reacher novel I am currently reading, three drug addicts are willing to kill Reacher for a couple of Fentanyl patches. If you are a Reacher fan you know this deal doesn't bode well for the drug addicts! In reality the tradeoff of drugs for killing someone is probably not that far off. Some of the murder documentaries such as Dateline often show someone willing to murder another just to get a $50,000 life insurance policy. On one show, a desperate wife was willing to pay $500 to have her husband killed. $500!! Who in their right mind would agree to kill someone for $500?

Although insurance companies, attorneys and juries have set dollar figures for the value of life, we all know there is much more involved in a person's life than money. You can not put a dollar value on the love a parent can give a child, the good times and laughter that a grandparent can give a grandchild and vice versa. There is so much more value to our lives in the way we live and treat our family, friends and strangers. There is value in enjoying the coming holidays and other celebrations with family, enjoying time with friends, doing kind things for others and in trying to make this world a better place!

Have you seen example of how little someone values life? Or the opposite, have you seen someone value another life so much they sacrificed much to save it? What things add non-monetary value to your life?

The ultimate value of life depends upon awareness and the power of contemplation rather than upon mere survival.