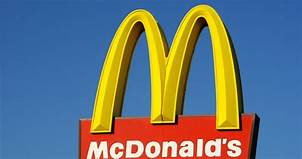 I have a friend who has given me a hard time about how I pronounce McDonald's. In thinking about it, I know I'm saying it correctly and he is the one that is wrong. I found this on a Google search:

It’s either pronounced as ‘Mc’ without any sort of gaps or elaborate expression between the letters M and C, or ‘Mac’ with the space between M and C being occupied by an American ‘a’ sound. Generally surnames starting with ‘Mc’ are more likely to be Irish, whilst surnames that start with ‘Mac’ are more commonly Scottish.

I pronounce McDonald's as Mack Donald's. It only makes sense. Mick Donald's or Muck Donald's does not make any sense and is clearly in violation of the above description. Obviously Mick and Muck would change the meaning of the Mc for sure. Plus Mick sounds like a boxer and Muck sounds like a coal miner. While Mack sounds like the name of a guy wearing a white apron and hat while cooking hamburgers at a grill in the 1950's. My friend, if I remember correctly, says it quick but I still hear Muck Donald's. This is clearly wrong. Maybe it is pronounced differently in different states. I did grow up in Texas, so maybe it is a Texas thing. I've been questioned about my use of "fixin to" also. I lived in southern Illinois at the time, and our neighbors were perplexed about the statement "We are fixin to go to town". "Fixen" has to be a Texan or Southern thing.

Back to Mack Donald's. When I think about their menu, there is a variety of Mc sounds in there. A McFlurry is clearly a Muck Flurry. A McMuffin is clearly a Muck Muffin. I'm even good with Mick Flurry or Mick Muffin. But, Mack Flurry and Mack Muffin just doesn't sound right to me. I don't think the Mc rule of "mac" pertains to these as they are made up pretend words. Maybe McDonald's shouldn't make up all these extra names.

This is a silly blog post, I know. But, it will help set up the next blog post that is related to retirement, I promise!

How do you say McDonald's? Are there other local sayings such as "fixen to" that have been brought to your attention as you travel to different regions?

Maybe I should avoid the whole controversy altogether and just say "I'm fixen to go to the golden arches".